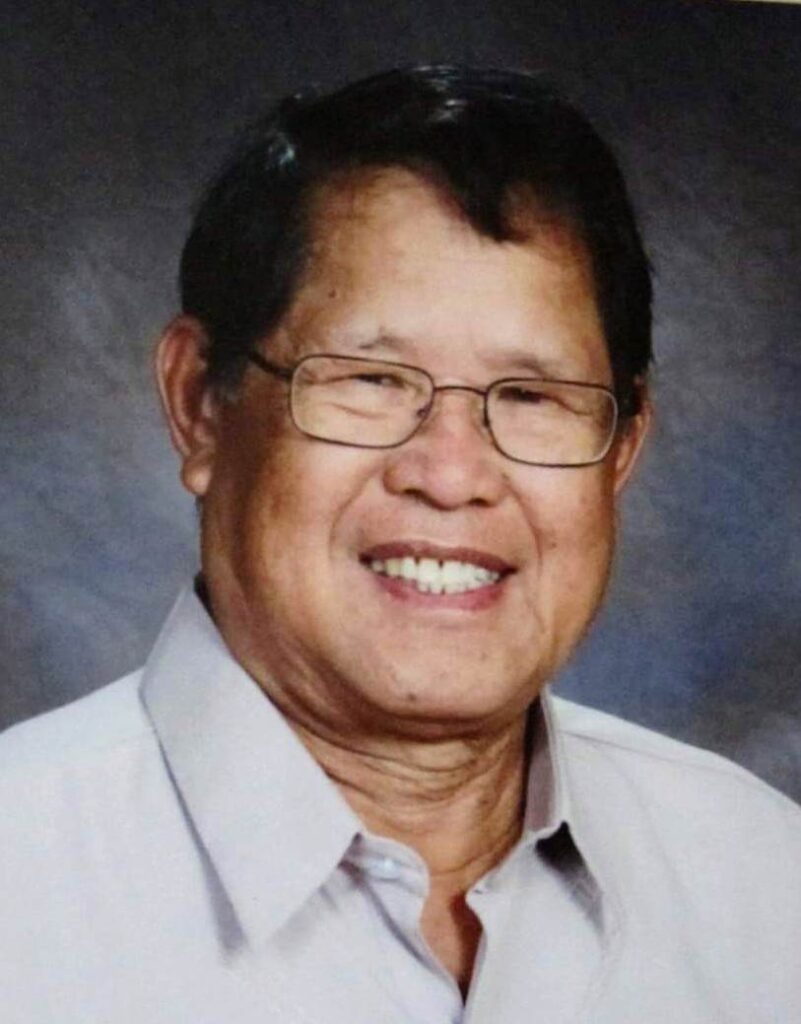 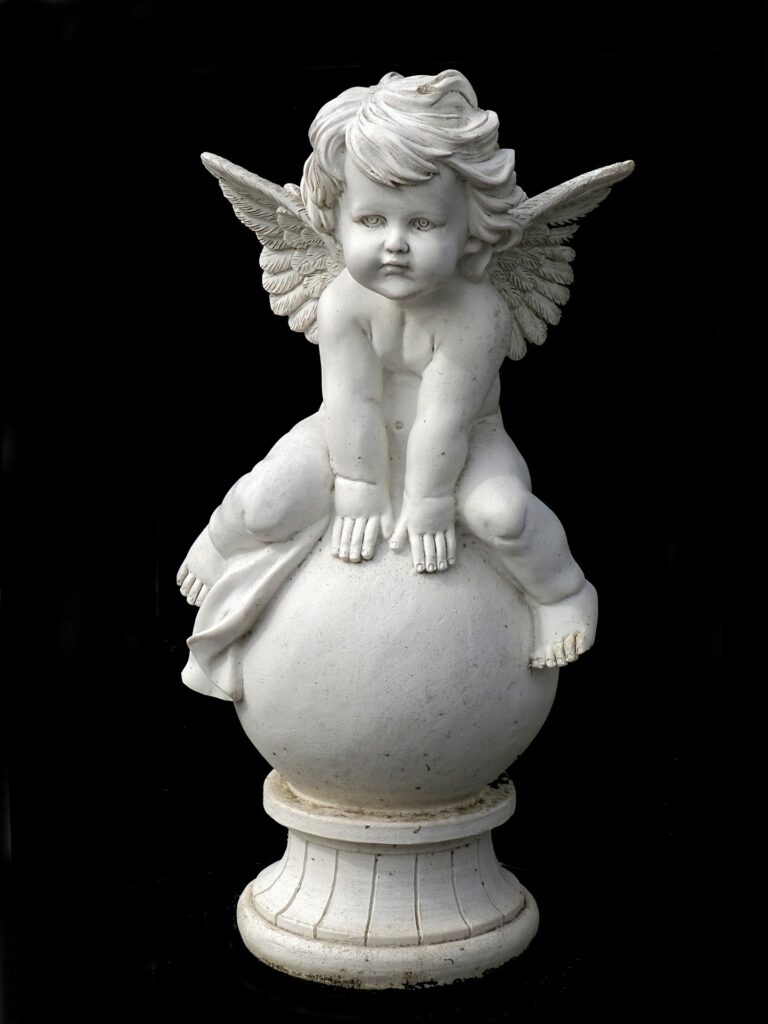 HFCC’s special tribute to a Filipino pioneer who is considered the “father of early Filipinos that settled in Hamilton in late 1960’s”. Natalio Sadsad or Nat was one of the filipino pioneers that settled in Hamilton and the first filipino that got hired by Stelco, the largest steel company of Canada at the time. He and his wife Linda started the first Filipino store in Hamilton. In Nat’s vision of a unified young filipino community he organized the very first community meeting of all filipinos that passed by their store. The meeting was held at the Hamilton Communiy Centre in Catharine street attended by handful of new filipino immigrants. That was the birth of Pilipino Canadian Association of Hamilton 1n 1974. Nat served as officer of the organization from 1974 to 1981. He was a dedicated hard working officer who organized the first Phil. Independence Gala Night and the very first community summer picnic. Then in 1990 when the community centre project came into fruition he served the Bingo committee to raise the necessary funds till the property was bought in 1993. At the same time that he was serving HFCC, he concurrently serving the newly formed Philippine Basketball Association of Hamilton. He was a player and officer at the same time. Nat exemplify a person of a true volunteer that did not have to be prompted or reminded what to do. Pareng Nat, your legacy is etched forever in our  community, thank you for steering us to the direction we are in now. 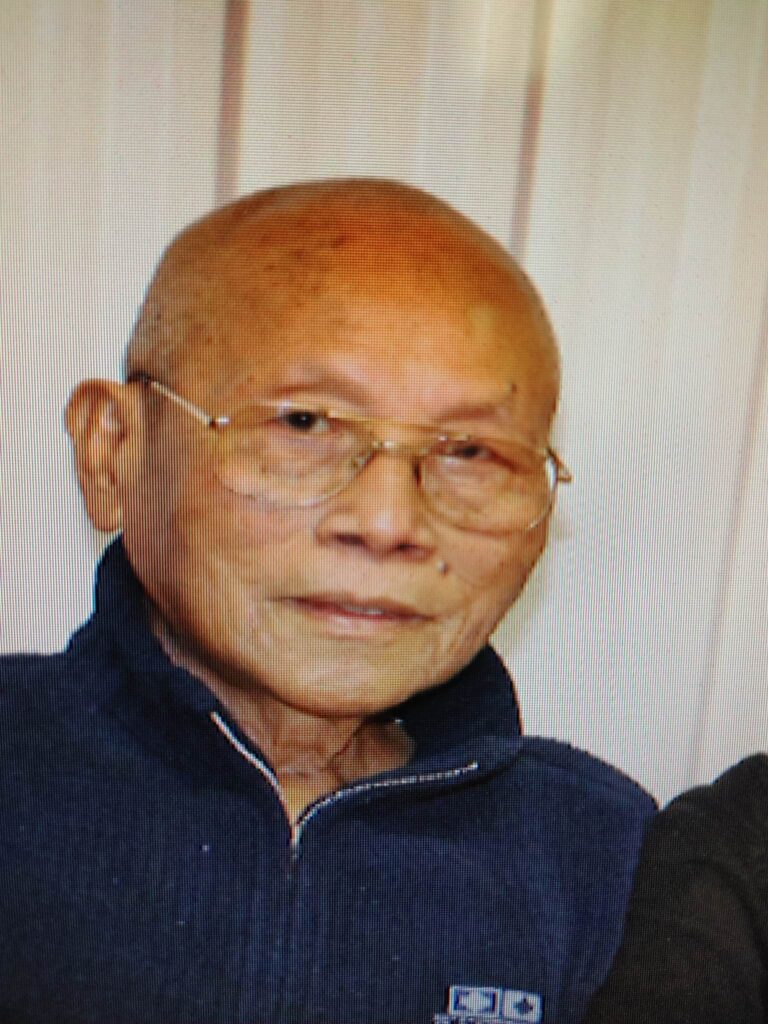 Special tribute to a special local Filipino leader who served the HFCC Board in 1993 to 1995. Marino de Jesus or just Mar passed away 2 days before Christmas of 2022. I took notice of his style of leadership during his short stint with the HFCC Board. Mar was a rule stalwart. He had done everything under the book. He was always punctual and expected everyone to follow his lead. He even expected everyone to have the same degree of allegiance to the organization he served. I thought I had better highlight his special quality that I had  encountered among Filipino leaders in my more than 50 years community leadership. His complete obituary could be found on The Hamilton Spectator published Dec. 24, 2022. 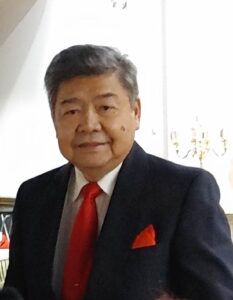 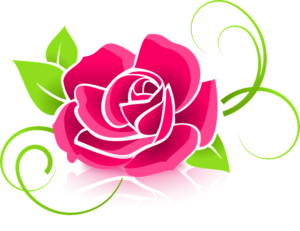 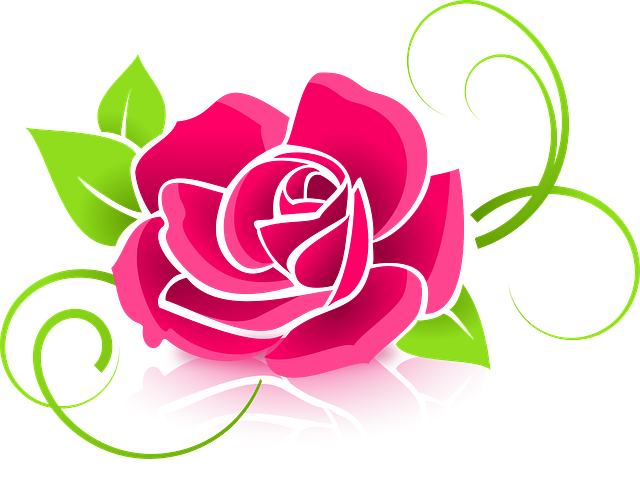 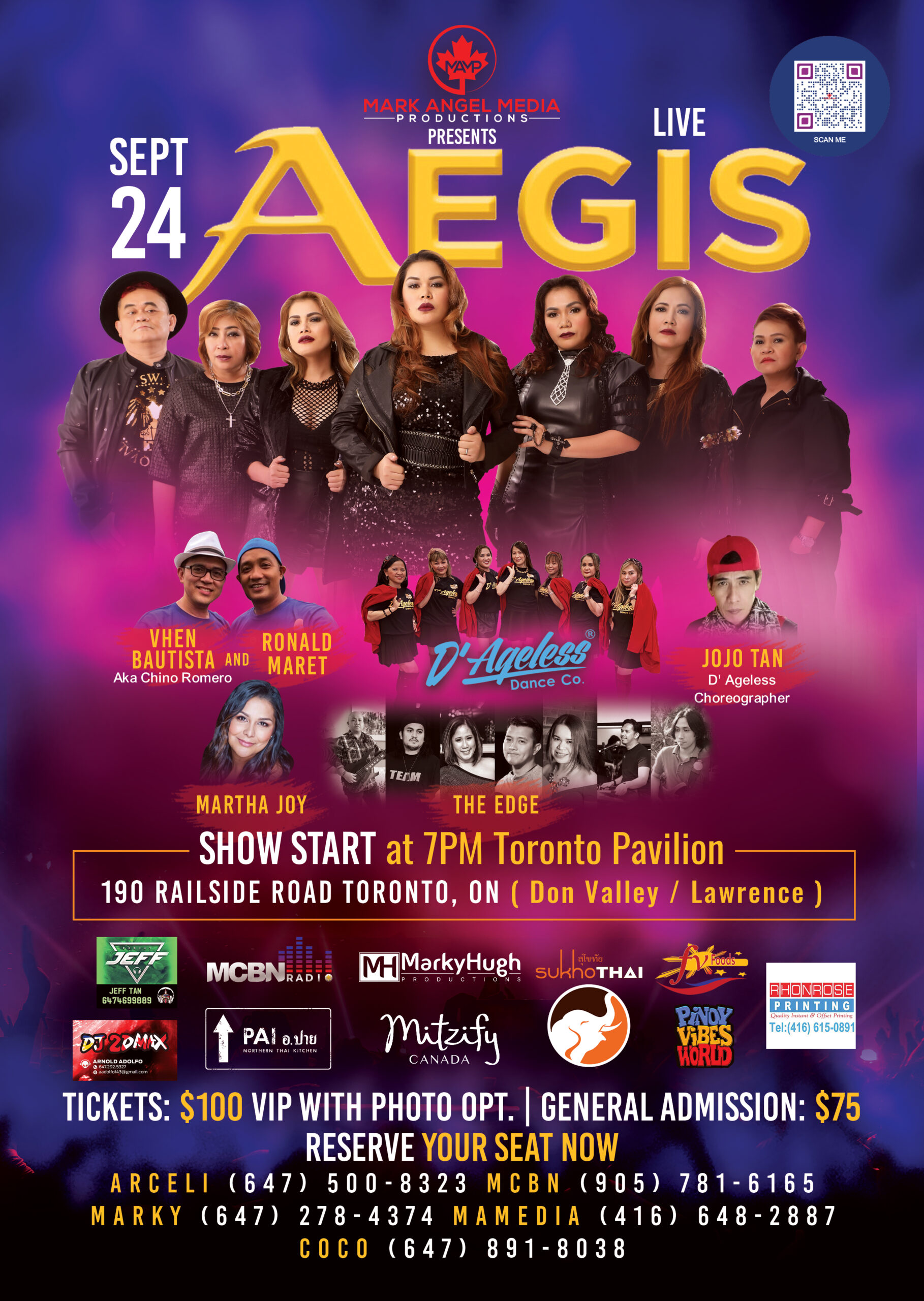 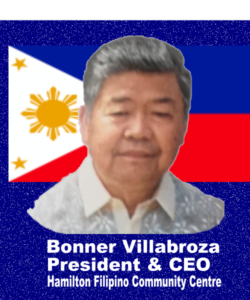 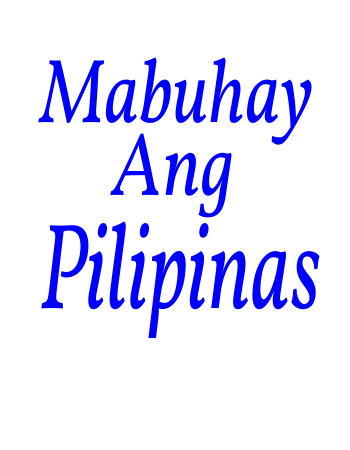 The new face of HFCC building south-west wall created by Chris Perez a Filipino Canadian muralist. This giant mural will usher the 124th declaration of Phil. Independence and the celebration of Phil. Heritage Month in Canada this coming June 10,11 & 12, 2012.
Everyone is welcome to join and participate on a first come first served basis be as vendor, performer or just an enthusiast to see and feel the Phil. Culture. Celebration itineraries are as follows:

Friday – June 10, Gala Night at Michelangelo Banquet Hall where attendees showcase their best barong for men and best Terno for ladies.
Highlight of this evening is the parade of colours of the 9 supporting organizations of HFCC followed by cultural dances.

June 11- Saturday, our property at 1275 King St. E. will be open to the public. Various kind of entertainment will be on stage inside and outside the building.
Parking lot will be filled with exhibitors. Line dancing and karaoke singing are part of the agenda.

June 12, Sunday – the Phil. Independence Catholic Mass will be celebrated by Father Arpee followed by inside the property parade led by our own marching band, the Pilipino Hamilton Heritage Band, participated by all Filipino organizations, clubs and other various Filipino Religious Groups in the city. Tail end of the parade is the flag raising followed by cultural programs.

Main event of this event is the semi-final singing contest to find one of the would be opening performers to Marcelito Pomoy concert on July 31st, in Niagara Falls Convention Centre. 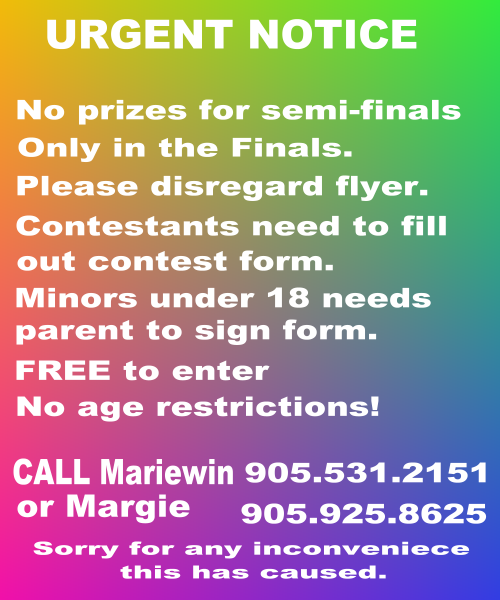 CLICK HERE FOR
Frequently asked questions about the singing contest!

SEND MONEY WITH NO FEES 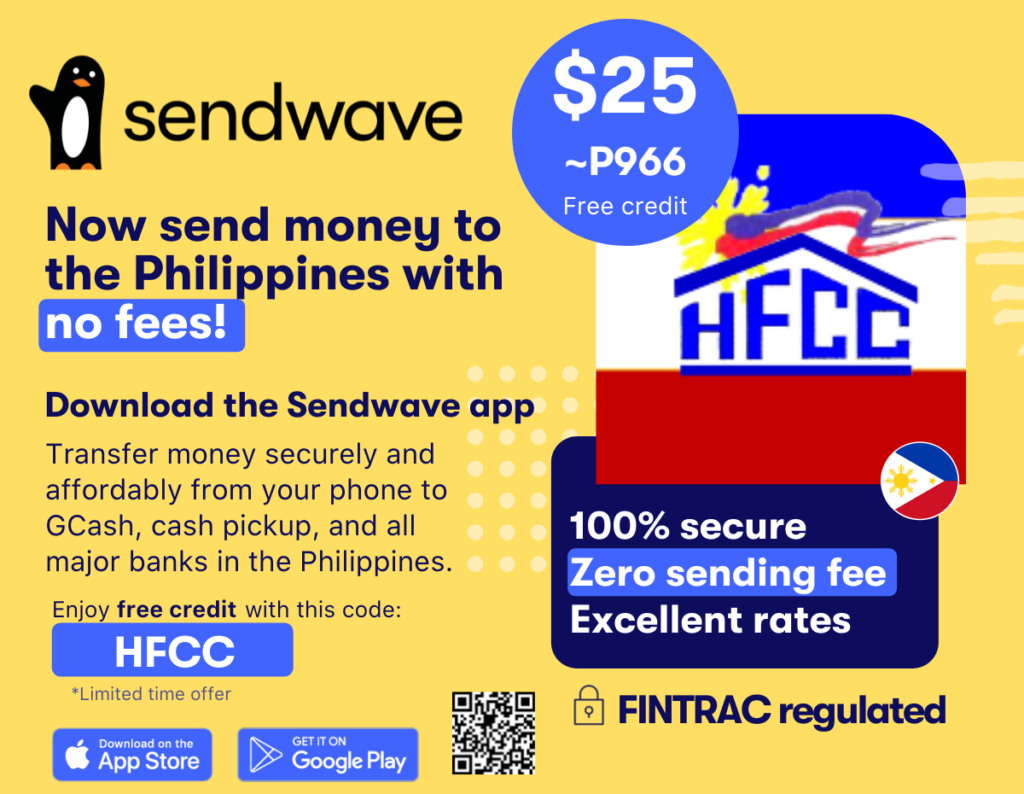 The Sendwave mobile remittance app allows Filipinos overseas or OFWs to send money back home to their families without paying any fees. You can send from your phone to GCash, major bank accounts in the Philippines, and to our partnered cash pickup locations. You can find the app in the App store or Google play store. Recipients receive the money you remitted quickly and securely with GCash and cash pickup transfers arriving rapidly and bank transfers arriving in a 1-5 hours.

Sendwave started in 2014 as a mission led company by two engineers from Brown University. They wanted to make sending money across the seas as simple and affordable as sending a text. Recently, we’ve grown to become a leading provider of remittances to Africa and Asia with over 400k active users. In addition, Sendwave is licensed across the United States and backed by many world-renowned investors. We were recently acquired by WorldRemit and we also appeared on the Y-Combinator List of Top Startups, along with Airbnb and DropBox. Our research showed that there was a need in the Filipino community for this no fee, easy to use remittance service, and we wanted to be able to provide it.

How do we use Sendwave?

All you have to do is download the app from their app store or Google Play store. It’s the yellow one with the penguin. Sign up and select PHILIPPINES with the Filipino flag. When prompted, they have to enter the promo code “HFCC” If they forget, they can enter it on the upper right hand side of the app by clicking the person icon and finding the enter promo code field. When they do that, $25 is sent by Sendwave to their recipient as an added bonus.

From there, click into the recipient name field, click on add new recipient, select your payout method, and enter the required information for your recipient. Save their information. Then enter the amount you want to send, click send, and then confirm your transaction!

I am emailing you on behalf of Refuge: Hamilton Centre for Newcomer Health, who alongside other community organizations, are running a pop-up Covid Vaccine Clinic. We are currently running the clinic at different places in the city of Hamilton

We want to reach out to you to let you know that this clinic is available for clients who still need a Covid Vaccine, either first or second dose.

The clinic is open to everyone 12+ in Hamilton.

We are currently administering Pfizer.

If you or any of your clients need assistance, please contact us with your request. We are also able to help with transportation if that is an issue for the clients and a reason as to why they would not be able to come get vaccinated.

Please let us know if you have any other questions. We would be more than happy to help.