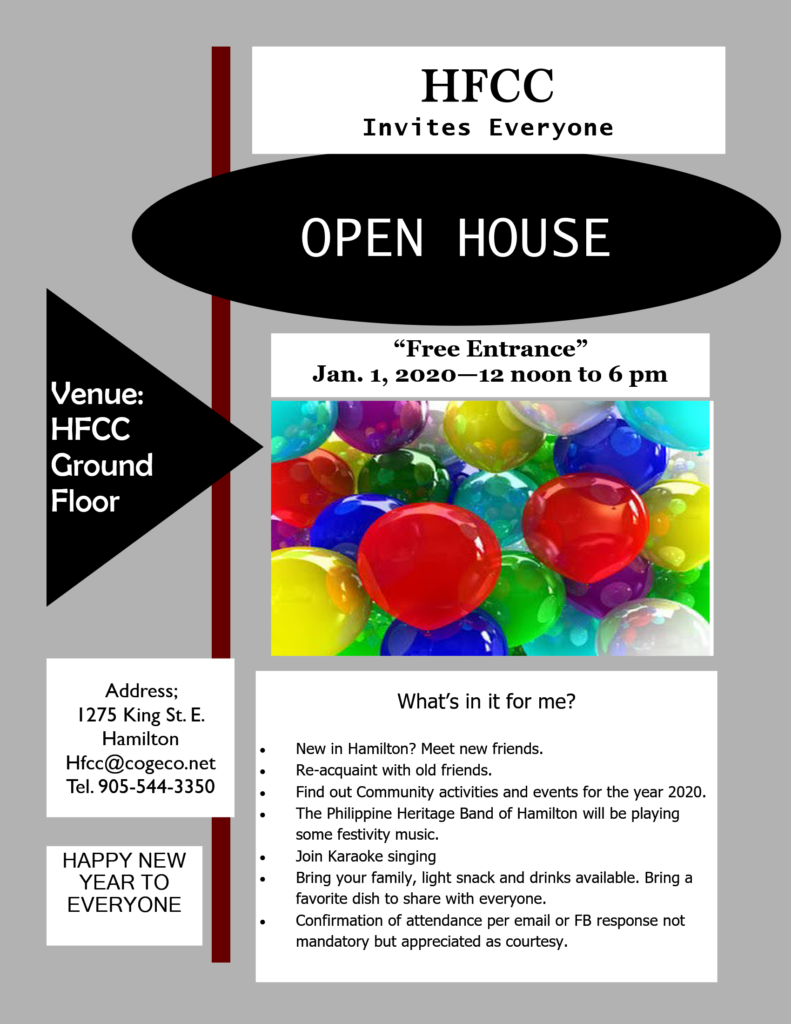 Iconic symbol of Filipino resourcefulness, creativity and inventiveness. See this youtube  presentation of the Jeepney.

How HFCC was created

The dream of establishing a Community Centre goes as far back to the year 1975 when the first Constituted Organization in Hamilton, the Pilipino Canadian Association (PCA), etched in their Constitution and By-law, “to save enough money to start a community centre”.

This dream remained dormant for many years due to lack of resources, finance and know how.  In 1989 – 1990, the past president of PCA was appointed to head the 1st Community Centre Committee. A conceptual drawing of a building and a projected cost of 2-3 million dollars was presented to the community.

At that time, the population of the Filipino community in Hamilton was around 700 families and the 2-3 million dollars seemed unrealistic. There were a couple of meetings by the committee and the dream remained just that, a dream. After two years of inaction, the PCA revived the project and appointed another executive member, Mr. Rolando Tanglao, to lead the project. There was a kick off start where people pledged personal and financial supports to move the project forward. Even after the kick off started the drive suffered a let down.

In 1990 the project leader decided to recruit another person, Mr. Boanerjes (Bonner) Villabroza to be his co-leader. The other members of the committee were named and put in place. The first decision to come up was how to raise the money. The pledges that remained uncollected were only over $2,000.00.

PCA the supposed owner of the project had only $20,000.00 on hand. One member of PCA was a frequent Bingo player, Elizabeth Barantes Burgie. She saw the potential of Bingo fundraising as a major source of raising the necessary funds. The general feeling was we might not reach the million dollars that we projected but this will be a good start to supplement the other fund raising events that we were having at the time, such as car washing, calendar sale, bazaar sale, walkathon, beauty pageant and dinner dances.

On the deliberation of how, what and why the organizational structure were to be formed took many months. In the end we finally found what we thought was the right direction.  We asked and entertained community feedback on how to start and how we could expect the community’s continual support.  Remember, this was a project started by PCA and therefore they felt they had the right to claim that it was their project.  However, the other major Filipino Association in Hamilton, the Philippine Islanders’ Association of Hamilton or PICAH expressed non-support if PCA claimed ownership. The other smaller organizations, sports and social clubs expressed the same sentiments.

Based on these strong feedbacks, the committee, on the recommendation of the legal counsel, decided to form another organization, hence, the birth of Hamilton Filipino community Centre in 1990.  The project starter, PCA, relented and gave full consent for formation of another non-profit organization with its own Mission, Vision and Objectives, www.HFCC3.com.  PCA also made a solid commitment to donate the $20,000.00 that they saved over the years to HFCC once the property was bought.  Soon after we formed and registered the organization with the Ministry of Consumer and Commercial Affairs and other organizations and clubs came aboard. This was the case of ‘you build it and they will come’.

The moment we accomplished this very important foundation, the fundraising activities intensified. Every supporting organization had their own fundraising events with the proceeds going towards HFCC. In our fundraisings, we learned not to entertain ‘high profile events’, such as hiring well known entertainers back home to promote the event. The feeling was It usually cost a lot of money for our small community and in the end either we did’nt make any money or we lost money. We just stuck to bingo sponsorship which brought us quick funds.

In 1993 we were in the hunt for a location. After an aborted attempt to purchase a small church in the mountain, we stumbled upon a whole page advertisement in the Hamilton Spectator about an old warehouse being offered for auction. Apparently, the place was in the market for quiet sometime but there were no takers. The owner, Teppitt Richardson, got tired of the dead Real Estate market as the real estate bubble burst the year prior. The owner decided that instead of paying a huge annual property tax, he would place the property on a public auction with a minimum bid of $100,000.00.

This writer, who was serving as President and CEO was driving by the place on his way in to work one day, when he noticed the sign and called the listing agent soon after and made an appointment to see the place at lunch time. He then called for an emergency meeting of HFCC Board of Directors that evening. The decision was made to participate in the bidding the following day.  The HFCC team led by President Bonner Villabroza, Vice President – Mr. Domingo Nuesca and Treasurer – Mr. Ben Baliat won the bid. We got our Community Centre, a 2 storey building with total square footage of 8,000 sq. ft., paid cash for it -$106,000.00- and spent approximately $150,000.00 in renovation to bring it up to usable condition.

Since we had enough funds to sustain our operation, we stayed away from government hand outs.  We received assistance from our City to finish and improve our parking lot and since then we have been self-sustaining as we operate the organization with business acumen gleaned through experience.

Our organizational structure consist of 21 Board Members, 9-4 elected or appointed from the general public and we have 9 supporting organizations and each of them is represented at the Board of Director with equal say and voting power.

At the time of this information release, Nov. 30, 2019, HFCC property has been expropriated by Metrolinx for City of Hamilton Light Rail Transit (LRT) project. Price has been set between Metrolinx and HFCC, and now, HFCC is shopping for a new place. 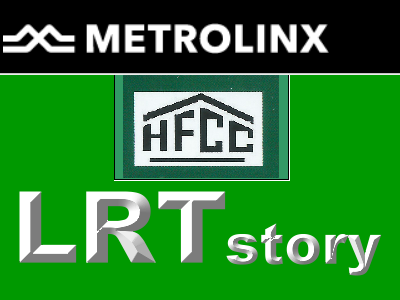 It is almost done. The deal is in the final stages of completion. HFCC property basically is now sold to Metrolinks. There are a few kinks to be ironed out. However it is good as sold.

Then what? Is it the end of HFCC? Not so fast.

Twenty-six years ago we were at the threshold of making a big decision. Money was being raised to buy a place to build a community centre. Different Filipino Associations banded together and agreed to raise enough money to purchase a lot and/or building in Hamilton. The opportunity arose in 1993, by chance, when CEO and President Bonner Villabroza saw a for sale sign on a building, on his way to work. The rest is history.

HFCC was a building bought with the support of the different Filipino organizations 23 years ago. It is still in use today.

At present we are again at the cusps of another momentous decision. We are seriously looking for another place for another community centre perhaps even better than the one we have right now.

In the meantime we don’t really have to move till construction starts. The best part is HFCC can stay in the present building rent free till Metrolinks comes knocking at the door to signal construction has begun. That maybe 1-2 years down the road. Stay tuned!

Submitted by Gaspar Aberilla-The opinion expressed are of the author alone and not by HFCC.