LRT is dead or is it? We learned from the media/radio station talk shows that  it is possible  LRT may restart again. So what does it mean for HFCC? Even if LRT lives it would take a couple  of years to get going again if ever. So HFCC is pondering about an ambitious project. Why not build a retirement home/living onsite? Is it even possible?

It starts with a dream, an idea.

Art Linkletter, a Canadian born American radio and television personality and a fellow named Walt Disney had this conversation in the early 1950’s. The following is an excerpt taken from the internet link mentioned below.  “‘Well,’ Walt said, ‘this is it.’ He looked around and he could see it all in his imagination: the Disneyland Railroad, Main Street, Sleeping Beauty’s Castle, Adventureland, Frontierland, Fantasyland, Tomorrowland. I looked around and saw nothing but a cow pasture. I thought, My poor deluded friend! He’s going to put a bunch of merry-go-rounds and roller-coasters out here, forty-five minutes from L.A. He’ll go broke! But out of respect for our friendship, I didn’t say what I was thinking.

“‘Art,’ he said, ‘there’s a fortune to be made here. If you buy up all the property around Disneyland, in a year or two it’ll be worth twenty times what you paid for it.’ Click on the link for the full story: https://waltsdisneyland.wordpress.com/2017/07/02/art-linkletters-disneyland-regret/

The dream of establishing a Community Centre goes as far back to the year 1975 when the first Constituted Organization in Hamilton, the Pilipino Canadian Association (PCA), etched in their Constitution and By-law, “to save enough money to start a community centre”.

This dream remained dormant for many years due to lack of resources, finance and know how.  In 1989 – 1990, the past president of PCA was appointed to head the 1st Community Centre Committee. A conceptual drawing of a building and a projected cost of 2-3 million dollars was presented to the community. The rest was HFCC history. Full story here:  http://www.hfcc8.ca/history-of-hfcc/

The Dream of Building a Retirement Living/Community Centre

Picture this. A 6 storey retirement living building managed by people who have experience in health care ( Retired Registered Nurses and Doctors). Add to that their expertise in Filipino culture and mores. Additionally throw in the world famous Filipino Hospitality  and friendliness. And you have a winner. There would be lots of questions to ask/answer. Leave your comments  in our Facebook page  or visit the Centre. We are there from 11 a.m. to 2 p.m. every Wednesday except for the summer months till September. Let’s have a discussion. 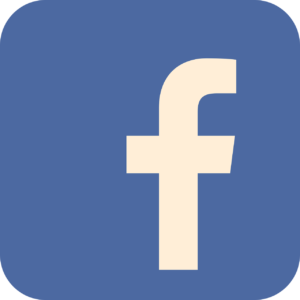